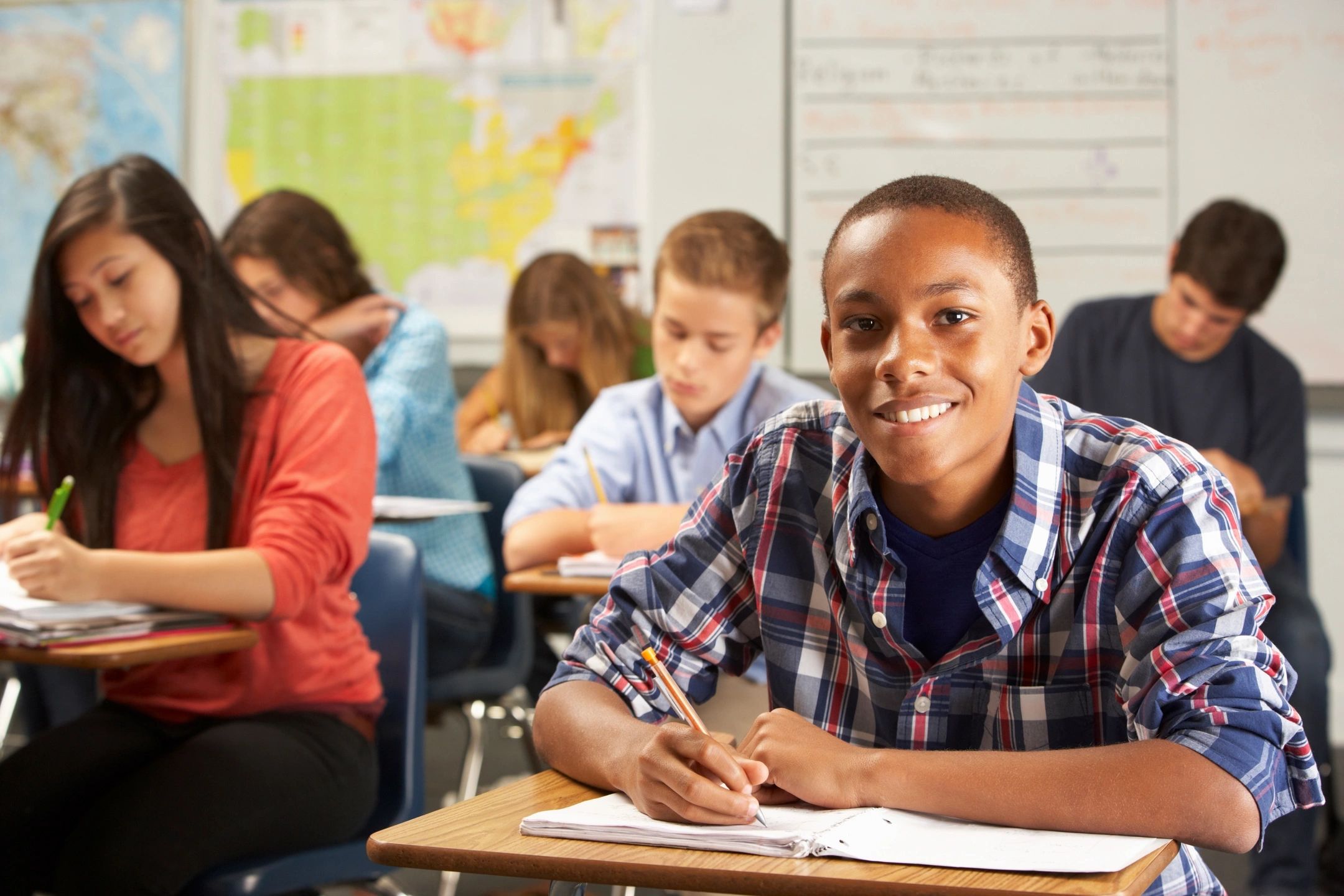 our mission and objectives

Citizenship Counts is a 501(c)(3) non-partisan organization that is committed to educating today’s middle and high school students on the tenets of citizenship, inspiring their pride in America and encouraging them to participate in service to their community.

Our mission is to educate today’s youth on the tenets of citizenship, encourage them to appreciate their rights and responsibilities as Americans, and give them an opportunity to celebrate citizenship by engaging in a naturalization ceremony or participating in a community-wide celebration of citizenship.

Our multi-disciplinary curriculum provides a unique opportunity for students to support government agencies in the hosting of a community-based naturalization ceremony, held at their schools. This curriculum also helps students learn about the process of legal immigration and the rights of being a citizen in the United States of America.

Through our program, all citizens will have an opportunity to witness naturalization ceremonies in their communities. Attending these ceremonies will provide more Americans with a deeper understanding and acceptance of the role that legal immigration has played in creating our diverse and dynamic country. After the naturalization ceremony, we encourage new citizens to engage actively with students and members of their communities at a reception hosted by students.

Our vision is to create a well-informed, responsible citizenry of individuals who are motivated to participate in service to both local and national communities. We aim to empower young people to be responsible, participatory and socially-just citizens who appreciate the benefits of living in a diverse, inclusive, democratic country.

* Educate students on the citizenship process and the role immigration has played in creating a diverse society.

* Engage them in activities that help them understand what it means to be a citizen.

* Inspire and increase their pride in their citizenship. 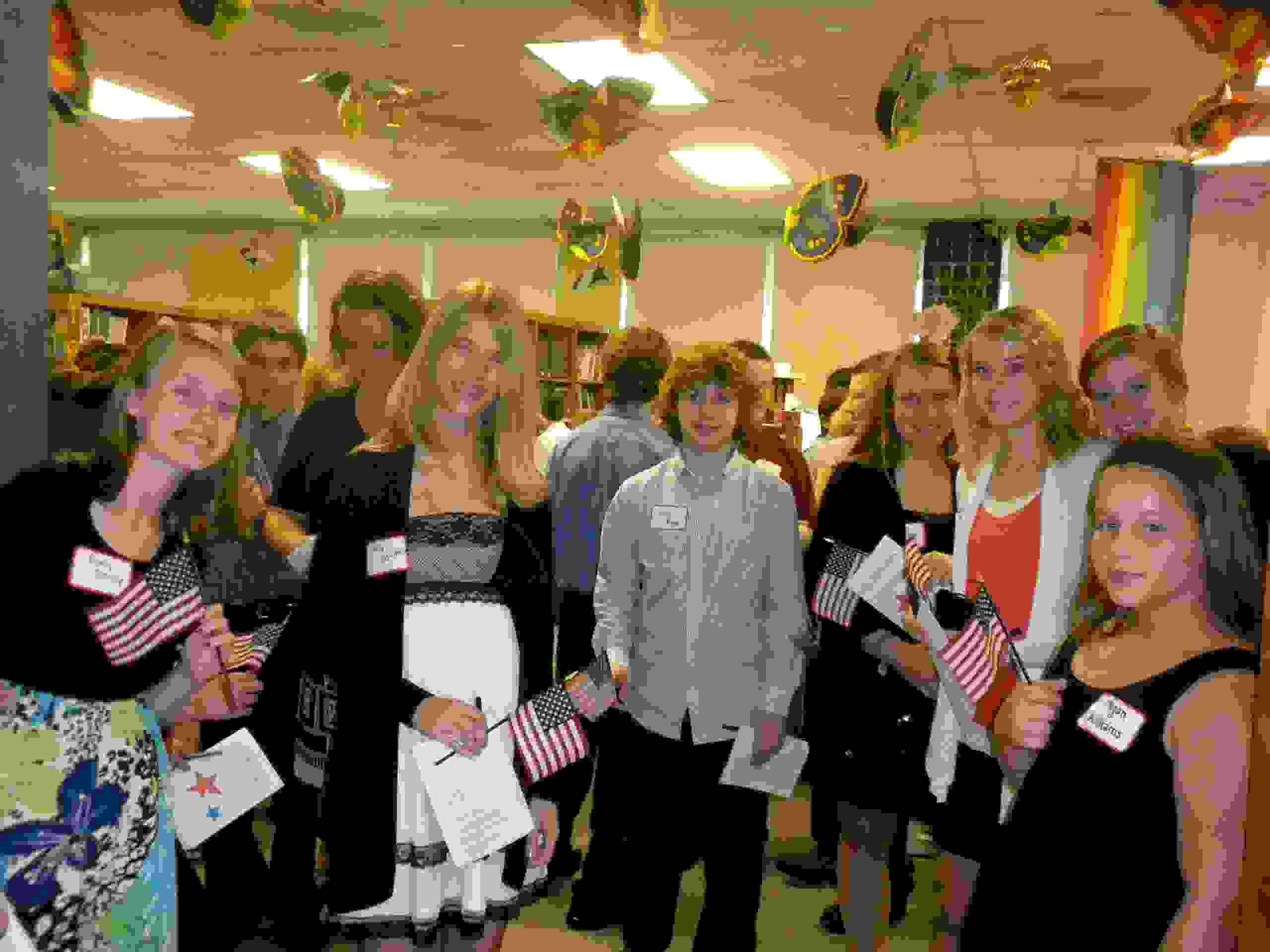 In October 2004, Gerda Klein was asked by educator Marney Murphy to speak at a naturalization ceremony that was held at Three Rivers Middle School in Cleves, Ohio. Ohio Southern District Court Judge Carl B. Rubin, the son of Russian Jewish immigrants, ordered this first ceremony that was held on the campus of Three Rivers Middle School in 1986. Gerda Klein was touched by the great pride the students exuded as they witnessed immigrants taking the “Oath of Allegiance” to become citizens of the United States of America. She envisioned students across the country having the opportunity to participate in planning and then witnessing this most patriotic and emotional event.

Back home in Arizona, Gerda shared her experience with her granddaughter, Alysa Cooper, and with her friend, Rita Schaefer, who was then President of McDougal-Littell, a publisher of educational materials for grades 6 to 12. After learning that Gerda and Alysa were invited to attend a special naturalization ceremony at The White House, Rita encouraged Alysa to author a civics-based curriculum using the naturalization process, including the ceremony, as the foundation. The focus of the curriculum was to educate middle and high school students about the rights and responsibilities of citizenship, the naturalization process and the importance of “giving back” through community service. In February 2008, The Path to Citizenship was published. Several months later, in August 2008, Gerda’s “American Dream” became a reality when Citizenship Counts was born. By founding Citizenship Counts, which helps students better understand and value their American citizenship, Gerda has carried out her lifelong goal of “giving back” to the United States. In October 2011 Citizenship Counts released its revised educational materials.

On March 23, 2009, the inaugural naturalization ceremony under the stewardship of Citizenship Counts was held at the Phoenix Convention Center. Fifty new citizens from twenty-six countries took “The Oath of Allegiance,” which was administered by Former Supreme Court Justice and Advisory Board Member, Sandra Day O’Connor. More than one hundred students witnessed this special event as Gerda Klein delivered an emotional speech on achieving “The American Dream.” Since August 2008, Citizenship Counts has provided support to both middle and high schools throughout the country as they complete our core curriculum and assist government agencies with coordinating naturalization ceremonies and other celebrations of citizenship in communities across the nation.
Since our inception in 2008, our curriculum and materials have been utlized by schools and community groups in both rural and urban communities alike in 39 states across the nation.

· Since our inception in 2008, Citizenship Counts has been incorporated into schools and community groups in 39 states, reaching hundreds of thousands of students in rural and urban communities alike across the country. We are the only school-based civics program in the country that focuses on bringing authentic naturalization ceremonies into schools and other local venues.

Citizenship Counts has coordinated naturalization ceremonies at unique venues such as The Smithsonian’s Museum of American History, the National Constitution Center, The Mall of America and George H. W. Bush’s Presidential Library.

In February 2016, Citizenship Counts collaborated with the U.S. Citizenship and Immigration Services (USCIS) and the Phoenix Suns to coordinate the very first naturalization ceremony ever to be held during halftime at a National Basketball Association (NBA) game.

All 37 middle schools in Orange County Public Schools (the 10th largest district in the country) in Orlando, FL utilized our educational program to meet the state’s mandate in civics education. This special ceremony was featured on The Today Show  in October 2012.

In 2012 four Citizenship Counts Ambassadors embarked on a 3,500-mile journey across America, biking and walking from San Diego to New York City. Their efforts were focused on promoting engaged citizenship and awareness of the naturalization process. Along the route, Citizenship Counts partnered with schools across the nation where the students’ learning culminated with naturalization ceremonies or other community-wide celebrations of American citizenship.

Our Citizenship Counts Founder and Executive Director have received some prestiguous awards as a result of their commitment to Citizenship Counts and contributions to giving back to our country. Below are a few highlights of awards received in chronological order:

Gerda Weissmann Klein received USCIS’s prestigious ABC (American By Choice) Award, in recognition of her efforts to give back to her adopted country, the United States of America.

Gerda Weissmann Klein received the 2010 Presidential Medal of Freedom, the highest honor awarded to a civilian, in a special ceremony held at the White House.

Alysa Cooper, was recognized as a Champion of Change by the White House. Her work with Citizenship Counts was highlighted as one of the top innovative programs across the nation in the field of “immigrant integration.”

Gerda Weissmann Klein was one of the recipients of the 2012 Ellis Island Medal of Honor, a prestigious award given to individuals who have made outstanding contributions to the United States of America.

Alysa Cooper was a recipient of the inaugural Beacon Award. The Beacon Award was created to change the narrative about immigration and show that immigrants and their progeny are important contributors to the social, cultural and economic fabric of our nation.

Citizenship Counts is able to advance our efforts thanks to the support of generous individuals and corporations.

We are a 501(c)(3) organization that welcomes all levels of donation, whether it is a one-time gift, a monthly donation, or the establishment of a matching gifts program.